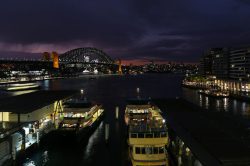 Australian companies and peak bodies in the energy sector have called on regulators to scrap “overly complicated” proposals on transmission access that may adversely affect the energy market.

The Energy Security Board (ESB) has developed an Integrated System Plan to adjust controls and investment incentives in energy transmission as more and more renewable energy zones have been added to the grid.

The plan will determine which generator gets priority in the transmission queue and how much they need to pay.

Regulators have been concerned that new renewable energy projects are not bringing more new clean energy to the system but displacing existing sources and worsening congestion in the transmission network.

However, Elizabeth Molyneux, the general manager of energy giant AGL, said the ESB’s plan needed further modelling to figure out if there were still congestion issues requiring immediate attention.

In addition, Jonathan Upson, the head of policy of Tilt Renewables– Australia’s largest owner of wind and solar generation, said that wholesale electricity prices are subject to volatility and currently stay at extremely high levels.

Therefore, he said regulators should focus on avoiding any rule change or policy that could cause wholesale electricity prices to become more volatile.

Meanwhile, the Australian Aluminium Council said the plan had many design features and complexities that were not resolved and provided with enough details.

The council’s CEO Marghanita Johnson said the above issues might further increase risks or hinder investments and would not necessarily result in better overall efficiency and cost-effectiveness for the energy market.

The Hazelwood Power Station and a electricity pylon is seen in Hazelwood, Australia, on March 31, 2017. (Scott Barbour/Getty Images)
Sharing a similar view, Clean Energy Council director Christiaan Zuur said the models included in the ESB policy paper could not sufficiently judge the market impacts caused by the plan.

“We would caution the ESB from further over-complicating an already complicated system by the introduction of an investment timescale mechanism,” Zuur said.

Regulatory Uncertainty Cause Difficulties for Investors
At present, many investors are facing difficulties due to uncertainty in regulations and lengthy project timelines.

Energy regulators said that their proposals would improve investment certainty and provide more funds to technologies that could deliver new forms of energy to consumers and enhance the reliability and cost-effectiveness of power supply.

However, AGL said the congestion zones with connection fees and a proposed “transmission queue” outlined in the regulators’ proposals would cause energy generators to pass on costs to customers.

AGL’s general manager also said many other ESB processes and market rule changes that would improve the energy market were still not finalised.

“AGL believes those should be prioritised over a reform of open access at this time,” she said.

Alfred Bui is an Australian reporter based in Melbourne and focuses on local and business news. He is a former small business owner and has two master’s degrees in business and business law. Contact him at alfred.bui@epochtimes.com.au.

Sen. Kennedy likens Biden’s crises to ‘the Hindenburg crashing into the Titanic’