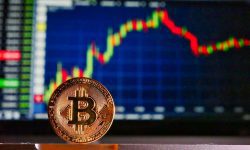 Crypto bears initiated a fresh assault on Bitcoin [BTC] in the morning of 30 June, pushing the king cryptocurrency below $20,000. The sell-off started shortly after Grayscale announced that its Bitcoin application did not go through.

The market’s reaction to the SEC shooting down Grayscale’s Bitcoin ETF is unsurprising considering the high expectations attached to it. Many crypto investors believe that a spot ETF approval represents a white swan event- desperately needed to encourage a healthy and bullish price action.

Today, the SEC denied our application to convert $GBTC to a spot #Bitcoin ETF. 🧵

The SEC’s decision on Grayscale’s ETF application was contrary to the hyped expectations in the market. It is thus, no surprise that some panic selling took place after the announcement. Bitcoin dropped to $19,079 after tanking by more than 5% in the last 24 hours at press time.

Furthermore, the selling pressure in the last few hours pushed Bitcoin into the oversold zone according to the Relative Strength Index (RSI). However, the Money Flow Index (MFI) still indicates that BTC has been enjoying strong accumulation despite the consecutive downside for five days straight. MicroStrategy happens to be among those that accumulated a substantial amount of BTC this week.

Meanwhile, Bitcoin’s market cap dropped as low as $363 million as the sell-off intensified. Whales continued to offload BTC according to the supply held by whale metric.

The latter continues to seek out new monthly lows courtesy of the outflows. Bitcoin’s MVRV ratio was at -15.36% at press time, a notable drop in the last five days. However, it is still higher than its lowest point in June.

Can the white swan still fly?
Grayscale also confirmed that it will pursue a lawsuit against the SEC for failure to approve the ETF. The crypto investment company had previously noted that it would pursue this course of action if the spot ETF was not approved. This means the hopes of a spot Bitcoin ETF are still alive but may not materialize within the next few months. Bitcoin maximalists will now have to hope for a different catalyst other than a spot ETF.

Michael is a full-time journalist at AMBCrypto. He has 5 years of experience in finance and forex and more than two years as a writer in the crypto and blockchain segments. Michael’s writing at AMBCrypto is primarily focused on cryptocurrency market news and technical analysis.
His interests include motorcycles and exotic cars.

Shiba Inu investors can consider this metric before exiting their position

100,000 Cubans Are Using Bitcoin In Response To U.S. Sanctions