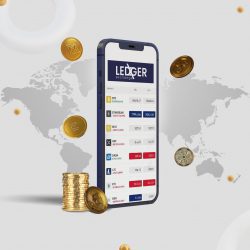 Yet today’s digital currency exchanges are centralized. They have proven to be vulnerable to hacks, react poorly to unusual blockchain events like hard forks, and often run with a high regulatory risk. Centralized exchanges keep their systems off-chain, meaning they operate as escrows for their clients, and transactions are not recorded on the blockchain. This leads to massive breaches of security and unsafe storage of information, funds, and private keys.

Trading comes with risks, but traders should not face any other risks than those they are already willing to take.

Blockchain entrepreneurs understand this, and some of them are working hard on what many believe will be the future of trading: decentralized exchanges.

Decentralized exchanges — or DEXes — aim to tackle the problems that impede centralized structures by building peer-to-peer marketplaces directly on the blockchain — Ethereum mostly — allowing traders to remain custodians of their funds. However, building a fully decentralized and efficient exchange remains today something of a utopia. Exchanges are centralized because it is the simplest way to proceed, and it is either too costly or technically complex to build fully decentralized platforms — for now, at least.

Centralized exchanges are platforms and apps that enable traders to buy, sell, and exchange cryptocurrencies against fiat currencies or other cryptocurrencies. They are marketplaces for tokens and are essential to the ecosystem since many of them enable payments with fiat currencies, i.e. non-crypto holders are able to buy crypto using USD, EUR, etc.

Among the most well-known and trafficked centralized exchanges are Binance, Bithumb, Bitfinex, Bittrex, Poloniex, Kraken, GDAX, Coinbase, and Gemini. Hundreds already exist, but the goal here is not to focus on their number, but rather on their limitations and potential for improvement.

Centralized crypto-exchanges may soon become obsolete as they lose the opportunity to leverage blockchain technology to improve their capabilities and efficiency.

Insecurity, risk of fund loss, and theft due to their centralized functioning. They are legally accountable and a custodian of users’ funds. 73% of centralized exchanges take custody of user funds, while 23% let users control keys⁴. They represent honeypots for hackers as they are responsible for billions of trades per day and store most of them on their servers.
A lack of liquidity: large orders struggle to be matched. Even at an all-time high, volumes remain low (compared to traditional markets).
A fragmented (not to say decentralized) market divides the global liquidity into a few main marketplaces. No clear market leader in terms of volume, which increases the liquidity problem.

A high level of risks for users due to potential performance issues, market manipulation, hardware failures, latency problems, and many other inherent problems when it comes to dealing with large volumes…
A lack of trust and transparency: actual costs and processes of trading are opaque and involve high trading costs, often higher than announced fees, and higher delays due to peaks of demand badly managed. Plus, they can front-run orders, which is illegal.
A lack of educated users: markets are flooded by pure speculators unaware of safe ways to deal with cryptocurrencies.

Decentralized Exchanges and Open Protocols
Due to the lack of security, transparency, and efficiency that centralized exchanges have demonstrated, strong demand for decentralized exchanges has surfaced. Scores of new actors are tackling these problems and addressing an obvious need by the community. Projects like 0x, Ethfinex, ShapeShift.io (not decentralized but not custodian), and EtherDelta have emerged and generated strong interest.

A decentralized exchange (DEX) or distributed ledger exchange is an electronic marketplace where trading occurs directly between users without any central authority. Decentralization refers to the lack of a physical venue, such as a stock exchange building or office, and instead relies on a peer-to-peer network of computers that work together to create a market. Decentralized exchanges are powered by smart contracts and often use decentralized payment systems like lightning networks or atomic swaps.¹

The first DEX was Bitcoin’s own protocol built into its code, allowing for Over The Counter (OTC) trading between two parties without going through a third party.

Advantages of Decentralized Exchanges
– Users are in control of their own funds at all times, as they hold the private keys to their wallets. This greatly reduces the risk of theft or loss of funds.

– DEXs are much more transparent than centralized exchanges, as all trades are recorded on a public ledger (usually the Ethereum blockchain). This allows users to verify that trades have been executed fairly and without manipulation.

Decentralized exchanges differ from centralized exchanges as they enable users to remain in control of their funds by operating their critical functions on the blockchain: they leverage the technology behind cryptocurrencies themselves to enable safer and more transparent trading. It solves the main limitations faced by cryptocurrency markets, since there is no single point of failure, aligning them with what has made blockchain technology so powerful in the first place.

LedgerX.exchange a DEX by the team of Nugenesis can truly lead the way. Centralized exchanges have a number of advantages over their decentralized counterparts, including easier-to-use interfaces and greater liquidity. However, these advantages come at a cost – centralization means that these exchanges are vulnerable to hacks, poor customer service, and regulatory risks. decentralized exchanges avoid these problems by keeping their systems on-chain, meaning that all transactions are recorded on the blockchain.

LedgerX.exchange paves the evidence that decentralized exchanges can take on the speed, user experience, and User Interfaces of Centralised Exchanges. with over 14000 active members, trade volumes with no market making or market manipulation, trading over $720million annually, and a complete KYC onboarding through Nugenesis Network, Removing any centralized point. Users are approved through secondary systems and granted approval on the dex.

The onboarding process is difficult, although when approved, the experience is second to none.

With trading pairs such as BTC/USDT, ETH/USDT, and BCH/USDT already available on the platform, LedgerX.exchange is quickly becoming the go-to destination for those looking for a secure and user-friendly decentralized exchange.

Disclosure: This is a sponsored article. Please do your research before buying any cryptocurrency or investing in any service.

10 Years after the Higgs, Physicists Are Optimistic for More Discoveries

Beeple Believes That Ethereum’s 200B Market Cap Is Already Oversold

Zoomex Expands and Brings the Annual World Series of Trading

What If Elon Musk Is the Best Thing That Could Happen to Twitter? It Has Nothing to Do With the Money

What Is BIP 119 And Why Did It Fuel Such Heated Discussions In Bitcoin?

Haven’t Networked in a While? Here’s How to Jump Back In.

If you want to buy an EV, New Jersey is the place to be