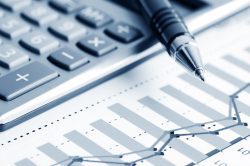 Canada’s budget deficit in fiscal 2021/22 shrank to C$95.57 billion ($75.02 billion) from C$314.00 billion in the previous year, as emergency spending on the COVID-19 pandemic eased, preliminary data from the finance ministry showed on Friday.

Revenues for the fiscal year grew by 32.5%, mostly on higher tax revenues, while expenses were down 20.8%, as the government spent less on aid to businesses and individuals.

Revenues were up 14.2% in March compared with a year earlier, again on higher tax revenues. Expenses were down 1.4%, reflecting less emergency transfers offset by costs for disaster assistance and environmental liabilities.

Twitter defies shareholders by keeping Elon Musk ally on the board

Texas community presses police: Why didn’t you go in sooner?

Stripe to Offer Crypto Payments With Twitter First to Trial

ETH Managed to Reclaim $2000, But Is the Storm Over? (Ethereum Price Analysis)

: After stocks plunged this week, here’s how to protect your finances during a period of uncertainty: ‘A hard landing will ultimately be unavoidable’