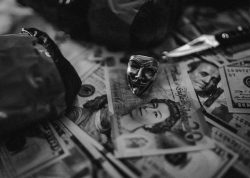 You are here: Home / News / Crypto Mixer Blender Slapped With Sanction For Its Role In $620M Axie Infinity Hack

Centralized crypto mixer Blender.io got hit with first of its kind sanctions over its alleged role in the infamous $620 million online gaming platform Axie Infinity by the U.S. Department of the Treasury’s Office of Foreign Assets Control [OFAC].

As per the press release, Blender was used in processing over $20.5 million of the stolen funds, carried out by the Democratic People’s Republic of Korea [DPRK] sponsored cyber hackers, Lazarus Group.

The P.A also mentioned that the treasury will update the List of Specially Designated Nationals and Blocked Persons [SDN List] to identify additional digital currency addresses used by the Lazarus Group to launder illicit proceeds.

Treasury is committed to exposing components of the virtual currency ecosystem, like Blender, that are critical to the obfuscation of the trail of stolen proceeds from illicit cyber activity, the blog post read.

Crypto Mixer Blender Slapped With Sanction For Its Role In $620M Axie Infinity Hack 3
Reeling under severe pressure from U.S. and UN sanctions, the DPRK has fallen back on illicit activities, including cyber-enabled heists from cryptocurrency exchanges and financial institutions, to fuel its unlawful weapons of mass destruction [WMD] and ballistic missile programs, the treasury dept claimed.

Cryptocurrency mixers that assist illicit transactions will be severely dealt with- US Secretary
Under Secretary of the Treasury for Terrorism and Financial Intelligence, Brian E. Nelson stated,

Today, for the first time ever, Treasury is sanctioning a virtual currency mixer. Virtual currency mixers that assist illicit transactions pose a threat to U.S. national security interests. We are taking action against illicit financial activity by the DPRK and will not allow state-sponsored thievery and its money-laundering enablers to go unanswered.

Earlier TronWeekly covered an article where UN officials in a media briefing alleged that North Korea used stolen digital assets worth several millions of dollars to fund its nuclear and ballistic missile program.

It also mentioned that between 2020 and mid-2021 cyber-attackers originating from the nation stole more than $50 million of digital assets.

A study published by online security platform Chainalysis suggested that North Korean cybercriminals could have netted a staggering $400 million worth of cryptos last year.

Microsoft is using “Fortnite” to fuel its cloud gaming growth

The Musk Effect Strikes Again as the DOGE Price Fires Up

Elon Musk Has a Fascinating Idea to Make Money on Twitter