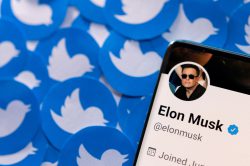 Elon Musk’s tweeting may have landed him in legal trouble again. As you may recall, the Tesla and SpaceX executive tweeted on Friday that his deal to buy Twitter was “temporarily on hold” after the company disclosed that fake and spam accounts represented less than 5 percent of its monetizable daily active users during the first quarter of 2022.

After his tweet prompted Twitter CEO Parag Agrawal to say the company was “prepared for all scenarios,” Musk stated his team would test “a random sample of 100 followers” to verify Twitter’s numbers. According to the billionaire, one of the answers he gave to a question about his methodology prompted a response from Twitter’s legal team.

“I picked 100 as the sample size number, because that is what Twitter uses to calculate
Read More

Everyone loves free stuff, and these websites give it to you

Motorola has dropped a hint about a key Razr 2022 upgrade