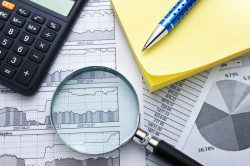 © Reuters. FILE PHOTO: Full shelves with fruits are pictured in a supermarket during the spread of the coronavirus disease (COVID-19) in Berlin, Germany, March 17, 2020. REUTERS/Fabrizio Bensch/File Photo

BERLIN (Reuters) -German inflation rose to its highest level in nearly half a century in May on the back of soaring energy and food prices, strengthening the case for a big, half a percentage point European Central Bank interest rate hike in July.

Prices have risen sharply across Europe over the past year, first on supply chain problems after the pandemic, then on Russia’s war in Ukraine, suggesting that a new era of rapid price growth has swept away a decade of ultra low inflation.

German consumer prices, harmonised to make them comparable with inflation data across the European Union, increased to 8.7% from 7.8% a month earlier, well ahead of expectations for 8%, data from the Federal Statistics Office showed on Monday.

Inflation was last time this high in the winter of 1973/1974, when the first oil crisis led to a new and difficult-to-tame inflationary cycle.

Although the ECB responded to soaring prices relatively late compared to its global peers, the bank made clear last week that interest rates must go up to stop high inflation from getting entrenched.

Now the question is the size of its upcoming moves.

While ECB chief Christine Lagarde and chief economist Philip Lane made the case for gradual, 25 basis point hikes in July and September in the minus 0.5% deposit rate, economist said a bigger, 50 basis point increase is very much a possibility.

“The ECB has clearly passed the stage of discussing whether and even when policy rates should be increased,” ING Economist Carsten Brzeski said. “The only discussion seems to be on whether the ECB should start with a 25bp rate hike in July or 50bp.”

“If core inflation in the euro zone continues accelerating in May and June, Lane and Lagarde could still regret their new pre-commitment,” Brzeski added.

While most policymakers appear to be backing a 25 basis point move in July, the central bank governors of Austria, Latvia and the Netherlands have all said that a 50 basis point increase should remain on the table for now.

Policymakers are especially worried that high energy and prices are now being passed on by firms to customers and inflation is seeping into the broader economy.

Such a trend risked making what was once seen a one-off inflation surge a more durable phenomenon, fuelling a hard-to-break wage-price spiral.

“Underlying price pressures are also unlikely to ease in the foreseeable future,” Commerzbank (ETR:) economist Marco Wagner said. “Companies are increasingly passing on their significantly higher costs for energy and intermediate products to their customers.”

Immersion Cooling Is Trendy, But Will Bitcoin Miners Take A Bath?

Elon Musk’s Proposed Fixes for Twitter Are Rooted in Web3

The Olive Corporation Could Be the Next Big Thing in Crypto, the Metaverse and the Food Sector

Russia ‘Actively Discussing’ The Use Of Cryptocurrency In International Trade: Report

With Avalanche [AVAX] diving into the metaverse, is a recovery on the cards

Buy Like Buffett or Pass on Apple After 10% Two-Day Skid?

How did the BSV price hit a 3-year low? Joshua Henslee explains