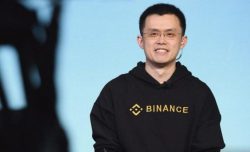 Sam Bankman-Fried has spent hundreds of billions of dollars in saving cryptocurrency companies that are currently struggling.

The CEO of Binance, Changpeng Zhao, has revealed that he wouldn’t do the type of deals Sam Bankman-Fried did with his FTX and Alameda Research companies. CZ made this statement during a podcast interview with Decrypt.

When asked about Voyager and Alameda, CZ said;

“That was surprising even to me, to be honest. I try not to comment on our competitors or industry peers. But I would never do that type of deal. I would never say, ‘I will invest in your company and then you loan me some money.’ I would just not invest in that company, I’ll keep my money.”

CZ was reluctant to discuss some of the other deals conducted by Bankman-Fried but he pointed out that Binance wouldn’t do those types of deals. He said;

“Personally, for me, and to a large extent for Binance, we like very simple deals. We like deals like, ‘What’s your revenue? What’s your user number?’ We don’t like deals where, ‘Hey, I owe you this money, you pay me back this much money, you invest in me, I give you more money in loans, and then you bail me out.’ Why don’t we just return all the money and go back to zero and talk about net, who owes who money?”

CZ said he has always maintained that bad companies should not be salvaged. He stated that;

“Don’t perpetuate bad companies. Let them fail. Let other better projects take their place, and they will.”

Binance is the world’s largest cryptocurrency exchange by market cap, with a daily trading volume of over $12 billion.

Here is why MATIC is soaring by more than 13% today

Ethereum Classic’s Hashrate, Transactions up 24% and 62% in One Month as Ethereum’s Merge Draws Nearer

The African Continental Free Trade Agreement Can Succeed With Bitcoin

One of the dresses that Judy Garland wore in the Wizard of Oz could be auctioned for $ 1.5 million dollars

“Wen Ford Focus?” How one of the Kylin community members might get a new car

Grayscale Is Suing The SEC For Denying Its Spot Bitcoin ETF

What are the factors impacting a country’s replacement rate?