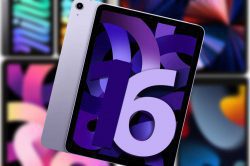 Mark Gurman at Bloomberg, who is typically quite reliable with such things, has a new report claiming that iPadOS 16 is being delayed by about a month. Citing the common “people with knowledge of the matter,” Gurman says that instead of releasing the new iPhone and iPad operating system updates at the same time, Apple will release iOS 16 in September as expected but iPadOS 16 will come in October.

It’s not uncommon for macOS to follow a few weeks after iOS, but the iPad software has always updated on the same schedule as its iPhone sibling.

There are several reasons for the delayed release, according to Gurman:

It would line up better with rumored new iPad hardware (M2 iPad Pros and a new base-model iPad with a USB-C port).It will give Apple more time to work out issues with Stage Manager, the new iPad and Mac multitasking interface.It will free resources to work on iOS 16, so it is in better shape upon release in September.It could also mean that Apple’s second fall event will focus on Macs and iPads. Gurman says all of Apple’s software updates are running just a little behind schedule this year (the Public Betas launched a little later than usual, for example), but not drastically so. As for macOS Ventura, it is expected to release in October as well, though that is typical in recent years. As usual, Apple declined to comment on his report.

I have written about technology for my entire adult professional life – over 25 years. I enjoy learning about out how complicated technology works and explaining it in a way anyone can understand.

Why Socotra Is Known as the ‘Galapagos of the Indian Ocean’

Telescopes at Walmart: Deals on the best models from Celestron and others