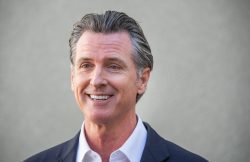 SACRAMENTO—Gov. Gavin Newsom’s radical plan to address the state’s worsening homelessness problem—by forcing some individuals with mental illnesses into medical treatment—made it through an Assembly committee this week, raking in bipartisan support.

Senate Bill 1338—the Community Assistance, Recovery, and Empowerment (CARE) Act—will set into motion a civil court where judges can determine whether someone with schizophrenia or other psychotic disorders should be placed into psychiatric care through a court-ordered mandate.

“Californians understand that we need a paradigm shift to help the thousands of individuals in crisis suffering with untreated psychosis and too often living on the streets,” Newsom said in a statement. “The passage of CARE Court will not only bring relief to those in dire need of care in the community, but it will also bring hope to their friends and family members who feel helpless under today’s status quo.”

Under the proposal, if an individual denies services and is deemed unable to make decisions for themselves due to their mental state, they will be placed into conservatorship.

The CARE Court plan includes an array of services to be provided by “county behavioral health agencies, to provide behavioral health care, including stabilization medication, housing, and other enumerated services.”

A homeless encampment in Santa Ana, Calif., on Oct. 5, 2021. (John Fredricks/The Epoch Times)
Under current California law, the Assisted Outpatient Treatment Demonstration Project Act of 2002— also known as Laura’s Law—requires each state county to offer mental health programs unless a county, or group of counties, opts out of the requirement through a resolution passed by its governing body.

Short-term and long-term involuntary treatment and conservatorships can be requested on behalf of people who are determined to be disabled or unable to make decisions for themselves because of a severe mental illness that can cause self-harm, danger to others, or inability to take care of one’s own basic needs.

Though Newsom generally garners support from his liberal counterparts, some of them disagreed with the bill’s conservatorship program.

“A person who fails to obey the court ordered treatment plan may be referred to conservatorship, which would potentially strip that person of their legal capacity and personal autonomy, subjecting them to forcible medical treatment and medication, loss of personal liberty, and removal of power to make decisions over the conduct of their own lives,” the Human Rights Watch, an international human rights nonprofit, said in a statement.

Supporters of the proposal, like Ansar El Muhammad, co-founder of Venice-based HELPER Foundation—a gang intervention nonprofit—said the governor is “tapping into the real deal.”

“Addiction and mental health, you’ve got to address those two issues before you even deal with housing,” Muhammad told The Epoch Times in an interview.

According to the last homeless count, there are 161,000 homeless people in the state.

The bill now moves on to the Assembly Appropriations Committee for review.

Jamie is a California-based reporter covering issues in Los Angeles and state policies for The Epoch Times. In her free time, she enjoys reading nonfiction and thrillers, going to the beach, studying Christian theology, and writing poetry. You can always find Jamie writing breaking news with a cup of tea in hand.

How Polkadot [DOT] traders can time their entries to remain profitable

Bill Nelson, Lori Garver, and How We May Lose the Moon to China