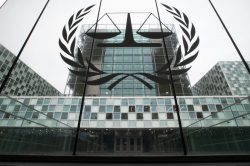 The parents of Reuters photographer Danish Siddiqui, who was killed in Afghanistan last year, have launched legal action against the Taliban terrorist group at the International Criminal Court (ICC).

The Pulitzer Prize-winning photojournalist, 38, was killed on July 16, 2021 as the terrorist group gained control of the country. Siddiqui was accompanying an Afghan special forces unit to Spin Boldak, a town near the Afghanistan–Pakistan border, before his death.

“On Tuesday, 22nd March, 2022, Danish Siddiqui’s parents, Akhtar Siddiqui and Shahida Akhtar will initiate legal action to investigate his killing and bring those responsible, including high level commanders and leaders of the Taliban, to justice,” the photojournalist’s family said in an official statement.

Siddiqui was injured in an attack by the Taliban, and taken to a mosque for medical treatment, which also came under attack. He was then taken into custody, tortured, and murdered, the family statement said.

“Danish, our loving son, was murdered by the Taliban for simply carrying out his journalistic duties,” Shahida Akhtar, Siddiqui’s mother, said in a statement. “He was subjected to barbaric levels of torture and mutilation while in their custody.”

“Danish always stood for honesty and integrity in his work. He always showcased the pain and suffering of the people. He was brave and courageous all along,” she added.

Days before his death, Siddiqui on Twitter said the vehicle which he was travelling in with special forces was targeted.

“I was lucky to be safe and capture the visual of one of the rockets hitting the armour plate overhead,” he wrote.

On the same day, he posted a photograph of himself taking a short break during almost “15 hours of back to back missions.”

New Delhi-based lawyer Avi Singh told an online news conference that Siddiqui’s parents were seeking legal action against six leaders, and other unidentified commanders of the Taliban, at The Hague-based ICC on the grounds that the group targeted and killed their son because he was a photojournalist and an Indian national.

Siddiqui was “illegally detained, tortured, and killed by the Taliban, and his body was mutilated,” Singh and his family said in a statement.

”These acts and this killing constitutes not only a murder, but a crime against humanity and a war crime.”

A commander of Afghanistan’s erstwhile Special Operations Corps that had hosted Siddiqui said the photojournalist was mistakenly left behind with two commandos when soldiers withdrew from Spin Boldak amid fierce fighting with the Taliban.

In August, the Taliban denied that they captured and executed Siddiqui.

Reuters contributed to this report.

Isabel van Brugen is an award-winning journalist and currently a news reporter at The Epoch Times. She holds a master’s in newspaper journalism from City, University of London.

The 5 best new fried chicken spots in NYC, from Korean to Indian

Intro to Ayurvedic Herbs – Learn Which Ones Works Best for You

‘I will not wear the burqa’: Some Afghan women defy Taliban edict