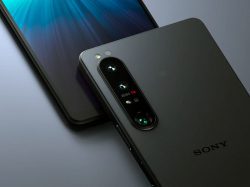 What just happened? Sony believes smartphone camera image quality is on pace to eclipse that of digital single-lens reflex (DSLR) cameras in the near future. During a recent business briefing, Sony Semiconductor Solutions (SSS) President and CEO Terushi Shimizu said they expect still images from camera phones to exceed what is possible with a DSLR within the next few years.

A combination of larger apertures and advanced image sensor technology will be instrumental in getting there, we’re told.

Nikkei’s report specifically mentions two-layer transistor pixel technology and artificial intelligence processing, which effectively doubles how much light each pixel is exposed to.

Sony announced its two-layer transistor pixel tech last year. Traditional CMOS image sensors house both the photodiodes and pixel transistors on the same substrate, but Sony’s new tech separates them on different substrate layers. According to the company, this approximately doubles saturation signal levels, widens the dynamic range and reduces noise – all of which result in improved image quality.

As TechRadar correctly highlights, smartphone cameras and standalone digital cameras have been moving in opposite directions for a while now. As smartphone camera quality continues to improve, more people are leaving their dedicated shooters at home or not buying them at all. Once they reach parity with DSLRs, there won’t be a reason for the average consumer to pick one up.

Full moon calendar {year}: When to see the next full moon

‘The game requires you to show up in different pockets’: As working with creators is normalized, marketers tweak how they approach doing so

Freeverse.io raises $10.5M for NFT assets that can change over time