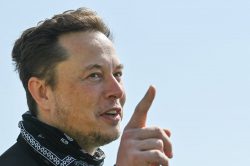 This article was translated from our Spanish edition using AI technologies. Errors may exist due to this process.

Opinions expressed by Entrepreneur contributors are their own.

Elon Musk ‘s message is brief, but forceful: “By means of this challenge to Vladimir Putin (written in Cyrillic alphabet) to a duel. What is at stake is Ukraine (also in Cyrillic alphabet)”. Then, in another tweet in which he copied the official Kremlin account, he added: “Do you accept the confrontation?” The concern of the owner of Tesla and SpaceX is such that in addition to talking about the inflationary pressure that his companies are going through, he is willing to fight against the Russian president to end the war.

— Elon Musk (@elonmusk) March 14, 2022 The message does not explain how the fight would take place, but a legion of followers has approved the motion (at the time of writing this note it had more than 259 thousand likes, 39 thousand retweets and 16 thousand comments). Among those who responded to the peculiar tweet is Dimitry Rogozin , director of the Russian space agency Roscomos , who declared: “You imp, you are still young; compete against me, weakling.”

Mykhailo Fedorov , Ukraine’s deputy prime minister and minister for digital transformation, also got into the game, saying he was sure “Musk can send Putin to Jupiter.” In previous days Fedorov had thanked the businessman for sending Starlink terminals to Ukraine to guarantee Internet service during the conflict.

Most of the comments celebrate Musk’s message and refer to him as Tony Stark (the businessman behind Ironman), but there were also those who criticized the banality of the message in times of war.

THE DUELS: A LITTLE HISTORY The term “duel” derives from duellum in Latin and means “war”. Although confrontations between two people date back to the origins of the human species, in the Middle Ages Western society introduced the judicial duel , a system for resolving disputes in the absence of witnesses in which the two parties involved face each other in combat and the winner of the fight was proclaimed as possessor of truth. Although duels were abolished in 1215, there are records that they were still held as late as 1459. During the Renaissance the practice was revived in Italy as a measure that helped establish a person’s honor. It was adopted in different countries and for years it was a common practice. The last recorded duel took place in France in 1967.

In the event that Vladimir Putin responded to Elon Musk’s message (something that has not happened so far) the president and the businessman could make history… again.

DON’T MISS A SINGLE STORY. FOLLOW US ON OUR SOCIAL NETWORKS.

3 Simple Ways to Improve Your Energy and Work

When Terry Crews Hit Rock Bottom, He Found a Better Way to Be Tough

Are You Too Efficient to Innovate?

How to Build an Authentic Brand

‘I asked for French citizenship so that I could vote, too,’ says Algeria-born musician

US Treasury Sec Yellen: It’s worth considering steps to lower US tariffs on Chinese goods to ease inflation

5 Highly Effective Ways to Take a Stand and Stay Connected

Shiba Inu gaits into Parex Exchange in a few hours