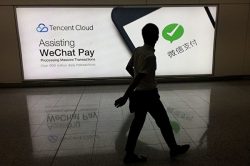 In its newly released 2021 Review of Notorious Markets for Counterfeiting and Piracy, or Notorious Markets List for short, the Office of the United States Trade Representative (USTR) highlights the prevalence of China-based markets in trademark counterfeiting and copyright piracy. The review emphasizes that the growth of online commerce has greatly extended the reach of counterfeit manufacturers and sellers and has limited the effectiveness of raids in curtailing the illegal trade.

The review cites as serious violators such Chinese-based platforms as WeChat and AliExpress, which it describes as having facilitated trademark counterfeiting, as well as Pinduoduo, DHGate, Baidu Wangpan, and Taobao, which the report charges with having manufactured and sold counterfeit goods. WeChat and AliExpress are run by Chinese internet giants Tencent and Alibaba respectively.

Although the USTR first identified notorious markets in its Special 301 Report in 2006 and has published its Notorious Markets list annually since February 2011, the 2021 edition is the first to have named WeChat and AliExpress in connection with trademark counterfeiting.

The purpose of the list is partly to assess the effects of counterfeiting on workers who take part in the manufacture of counterfeit goods.

While the review lists many countries involved in such illicit trade, it singles out China as the number one source of counterfeit goods in the world. According to the review, counterfeit and pirated goods from China and transshipped goods from China to Hong Kong comprised 79 percent of the volume and 83 percent of the value (going by the manufacturers’ retail prices) of all counterfeit and pirated goods that U.S. Customs and Border Protection intercepted over the course of 2020.

“Although foot traffic has declined at some Chinese physical markets as a result of the growth in counterfeit sales online, sellers of counterfeit merchandise now often use their brick-and-mortar storefronts as points of contact for customers and for fulfillment of online sales,” the review states. “Consequently, major notorious markets remain key centers for counterfeit sales in China’s biggest cities.”

The continuing prevalence of brick-and-mortar businesses in the counterfeit trade does not mean that seizures of illicit goods are effective in the long term. According to the report, raids have been of limited effectiveness in stopping such illicit activity as sellers have resorted to keeping less of the counterfeit inventory at the physical sites and instead listed it online, even as the physical storefronts continue to function as points of contact and clerical and administrative centers for the conducting of the online trade.

Further complicating or impeding the arrest and prosecution of criminals in some parts of China, such as Anfu Market in the counterfeit footwear-producing hub of Putian, are the close personal and sometimes familial ties between counterfeiters and local officials, the review states.

Michael Washburn is a New York-based reporter who covers China-related topics. He has a background in legal and financial journalism, and also writes about arts and culture. Additionally, he is the host of the weekly podcast Reading the Globe. His books include “The Uprooted and Other Stories,” “When We’re Grownups,” and “Stranger, Stranger.”

With Pepper Spray And Guns, Canadian Police Break Up Trucker Protest That Has Paralyzed Capital

‘Mr. Feeny’ Actor William Daniels Turns 95 Beside His Wife Bonnie Of 70 Years: ‘I Am Really A Very Lucky Guy’

Covid Was Third Leading Cause Of Death In U.S. Last Year