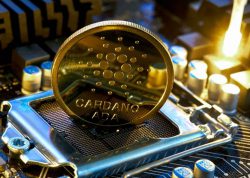 You are here: Home / News / Altcoin News / What investors can expect from Cardano’s weekly update report?

Cardano’s parent firm IOHK shared a blog via Twitter detailing the latest updates on the blockchain. In it, the article highlighted various activities carried out by its development teams. With respect to decentralization, the report states that the Hydra team held a planning session and updated the Hydra development roadmap.

For the initiated Hydra Heads, the first in a suite of protocols is a critical element in Cardano’s scaling journey. It refers to a collection of Layer 2 solutions aimed at improving network security and scalability.

The status updates further read that the Adrestia team is working on finalizing a new transaction workflow to add token minting and burning capabilities. Adrestia, named after the goddess of revolt, was launched to make integration and interaction with Cardano easier and faster.

Cardano’s token burning rumors sparks confusion
Cardano ecosystem has grown at a tremendous pace. As reported by TronWeekly, 517 projects are currently deployed on the network as of March 11. Even data from Santiment showed that Cardano remains among the top five fastest developed assets in the last 30 days.

However, the community has been abuzz with rumors of ADA token burn activity. The source could be traced back to a tweet from Clark Alesna, developer and CEO of a company called SAIB Inc. Alesna accepted a “challenge” from Hoskinson and said he will start production of a burn smart contract for ADA. Alesna said,

It seems like no one really took Charles Hoskinson challenge to build a ADA burn smart contract challenge that he put out some time ago. So, I’m taking matters into my own hands and started to plan and code it this weekend. I’ll update you guys soon.

The tweet and its replies suggested Alesna was merely teasing. But the message generated significant media attention and news began to emerge of an upcoming ADA token burn. That triggered a reply from Cardano’s creator Hoskinson himself who send this as a response.

Most of the ADA community seems to agree a burning mechanism will never be implemented in the ecosystem and slammed the rumors as “misleading”.

Putin’s war against Ukraine may have spiritual, religious foundations: ‘Good vs. evil’

Britain to offer fourth Covid shot to those over 75, immunocompromised

Twitter’s Elon Musk Problem Is Just Beginning. These 5 Words From the Company’s CEO Explain Why

ADA Lawsuits Are on the Rise. Here’s How to Avoid Employee Suits

Are You Tracking the Customer Service Metrics That Really Count?

Starbucks hints at the near future: it will launch exclusive collections of NFT’s to create a global digital community