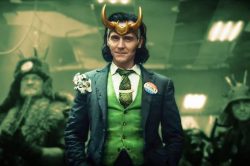 NFLX
for market share, Disney has announced that Disney Plus will be getting a new, cheaper tier in late 2022, via Variety.

The catch? It’s ad-supported, which is why it’s able to be cheaper in the first place.

This announcement did not come with a price or exact date, but the idea is to roll it out in late 2022 in the US and globally in 2023. The price would come in cheaper than the $7.99 a month Disney Plus currently costs, and I’d say a good guess is probably $4.99. We can look to Hulu, which has had an ad-supported version for ages, where the price for that is $7.99 compared to the no ads plan for $12.99. That percentage discount is why $5 is my best guess for Disney Plus with ads.

Of course, either Disney Plus plan remains cheaper than Netflix, which continues to raise prices periodically. Basic Netflix, which doesn’t even have HD or multi-screen functionality, is $9.99 a month. Standard with two screens and HD is $15.489. Premium with four screens and Ultra HD (4K) is $19.99 a month, more than double Disney Plus’s highest tier.

While Netflix still remains the market leader in the streaming space, it continues to lose ground to HBO Max and Disney Plus, which have been surging as of late. Netflix has always said they’d never do an ad-supported tier themselves, but things change as slowly, the streaming industry starts to resemble the cable industry it once broke away from.

Disney continues to rely heavily on its slate of Marvel and Star Wars programming to attract adult audiences, and it remains a staple for families with its vast library of classic kids content. Disney has shown they want to expand the horizons of Disney Plus by allowing more adult-oriented programming on the service like the ultra-violent Daredevil, Punisher and the upcoming Moon Knight, indicating it wants to be an all-around service rather than always shoveling off more mature fare to Hulu.

As for the long term market share split, it does seem like Disney and HBO will continue to gain ground on Netflix, as it seems unlikely that Netflix will be able to be as dominant as it once was. Question marks remain around smaller services like Peacock and Paramount Plus, which have not yet made as much of an impact, despite a slate of new series mean to attract subscribers.

More information on this new tier of Disney Plus to come.

Pick up my sci-fi novels the Herokiller series and The Earthborn Trilogy.

Ladies and Gentlemen, Please Fasten Your Seatbelts and Prepare for Landing

Netflix’s ‘The Ultimatum’ Is Better Than ‘Love Is Blind,’ At Least