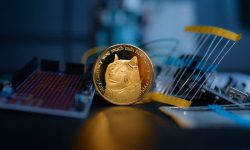 Legend has it that the cryptocurrency mania started out of the need to build a future of money that is completely digitized. With the ever-increasing number of cryptocurrencies that existed, the problem of selecting the one to act unilaterally as the future money arose.

However, by ascribing the tag ‘future currency of the internet’ to the coin, the HODLers of the popular meme-coin, the Dogecoin (DOGE) provided a solution to this problem.

The meme-coin made significant strides this week as it received major validation from a few important entities. On 4 May, Gucci announced that amongst other cryptocurrencies that it would accept DOGE as a means of payment in some stores in the United States by the end of May.

Also, on the same day popular American Rapper, Ice Cube in a tweet lent his support to the Dogecoin. Now the question is- In light of these recent developments, what did the price charts and on-chain data tell us about DOGE’s reaction?

“Beep Beep, Error”
At $0.1271 at the time of writing, the price of the DOGE in the last 24 hours recorded a 1.26% decline.  Following Gucci’s announcement and Ice Cube’s tweet, the coin took on an uptrend. However, a bearish reversal followed by 5 May, and the coin since maintained a downtrend.

A look at the movements of the RSI lent credence to this position. Attempting to breach the 50 neutral region by 4 May, the coin recorded an RSI of 49.57.

However, the bears reacted and pushed this further below the neutral region towards the oversold position, a position it since maintained. At the time of this press, the RSI for the meme coin stood at 43.

On the Chain…
On-chain data also suggested similar movements. With trading volume recording a high of 1.55b on 5 May, it since dropped. At the time of this press, it stood at 866.58m. This is indicative of a steady decrease in trading of the Dogecoin

On the other hand, a look at the activities of whales on the network showed that the 5 May was marked with increased whale activities for transactions over $100k.

This stood at 485 on 5 May. It was, however,  followed by a 32% decrease to 328 by the 6 May. At the time of this writing, the activities of whales on the network stood at 68. The whales, following the 4 May developments rallied to accumulate the coin. However, by 6 May, a decline in whale accumulation occurred.

Republicans rejoice over Donald Trump’s possible return to Twitter, but a watchdog group warns of a ‘wave of toxicity and harassment’

Binance created a Twitter emoji that looks a lot like a swastika, then deleted it after facing a swift backlash

Can Doctor Strange beat Spider-Man: No Way Home in India?

‘It’s consistently been the dysfunction of the company’: Twitter cofounder Jack Dorsey calls out his social media platform’s board

Stripe Announces Crypto Payout on Twitter via the Polygon Network