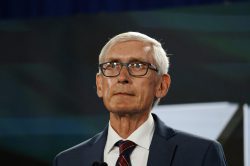 In 2015, the Republican governor of Wisconsin, Scott Walker, appointed Dr. Fred Prehn, a dentist and businessman from Wausau, to the DNR board for a six-year term that expired on May 1, 2021. Democratic Gov. Tony Evers appointed Sandy Naas to the board as Prehn’s replacement. However, Prehn refused to step down, thereby blocking Naas from taking the seat.

Wisconsin Attorney General Josh Kaul eventually filed a lawsuit to remove Prehn from the post. In September 2021, a judge from Dane County ruled in favor of Prehn, forcing Kaul to take the matter to the state Supreme Court. In a 4–3 ruling on June 29, the Supreme Court sided with Prehn.

“The expiration of Prehn’s term on the DNR Board does not create a vacancy. Prehn lawfully retains his position on the DNR Board as a holdover. Therefore, the Governor cannot make a provisional appointment to replace Prehn,” wrote Chief Justice Annette Ziegler in the majority opinion.

“Until his successor is nominated by the Governor and confirmed by the senate, Prehn may be removed by the Governor only for cause. This conclusion complies with the plain language of the Wisconsin Statutes and does not raise constitutional concerns. The State’s complaint is dismissed with prejudice.”

Evers criticized the Supreme Court decision, calling it an erosion of democracy “at the hands of Republicans in this state,” according to the Wisconsin Examiner.

The ‘Term’ Argument
The state Supreme Court decision has triggered a fight over the concept of terms and vacancies with regard to appointments.

“Most people on the street would say when a term … expires, there’s an opening. The Supreme Court has said that commonsense understanding is not right,” University of Wisconsin–Madison political science professor Barry Burden told The Associated Press. The ruling raises the question of “why is there a term at all,” he added.

At the court, Wisconsin Assistant Attorney General Gabe Johnson-Karp insisted that term appointments for DNR board members do not include a holdover period. As such, the expiration of Prehn’s term means that a vacancy was created, he argued, according to Wisconsin Public Radio.

Justice Rebecca Bradley disputed this line of thinking, stating that there is no declaration by the Legislature in the statutes that the expiration of an appointed term automatically creates a vacancy.

Justice Pat Roggensack pointed out that the only reason the issue is under debate is due to the fact that the governor appointed Naas to serve on the DNR board. However, “the governor can’t really make an appointment into a position that’s not vacant,” he said, according to Wisconsin Public Radio.

Prehn has argued that the 1964 Thompson v. Gibson decision by the Wisconsin Supreme Court allows him to stay in his post until the state Senate, which is currently under control of Republicans, confirms his successor.

In the 1964 case, the court allowed a state auditor to continue in his post since no replacement had been confirmed.

Naveen Athrappully is a news reporter covering business and world events at The Epoch Times.

Are You an Outdoors Enthusiast? Organization Needs Your Help to Preserve Idaho Trails

San Diego Man Points Gun at Firefighters, Police Before Taking His Own Life