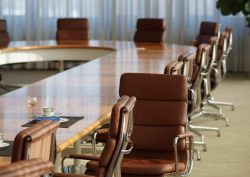 Indian Finance Committee met key players in the crypto industry in Bengaluru on May 6. According to sources, the meeting did not turn fruitful as members of the finance body were apparently dissatisfied with the industry’s emphasis on “advocacy” instead of chalking out a plan to deal with risks like terrorism financing, for instance.

As per local sources, the parliamentary panel reportedly asked industry representatives to address its concerns on mitigating cross-border terrorism and money laundering. Besides that, it also requested members to present a model for regulation, and names of crypto-related firms.

In the meeting, the Committee stressed that the main focus should be on overall regulatory policy rather than individual industry concerns about new tax rules.

Indian Parliamentary Panel Unhappy Over Crypto Stakeholders’ Focus On “Advocacy” 3
“They haven’t done anything since the last time we raised concerns. It’s the same old thing. That’s what we chided the industry for. We are sick and tired of hearing advocacy, advocacy. Because they have to address the challenges that the government is putting forth, right? Plans, mitigation measures, or some kind of thing. I think that would go a long way,” an official present at the meeting remarked.

Tougher days ahead for Indian crypto exchanges
Its been quite an eventful month for the Indian crypto market. Since the tax came into effect, trading on digital asset exchanges in India took a nosedive, and to top that banks refuse to transmit payments to exchanges due to regulatory uncertainty.

In general, we have seen trading volumes [on Indian exchanges] come down by 30%-40% in the last two to three weeks,” Nischal Shetty, founder, and CEO of WazirX, India’s biggest cryptocurrency trading exchange told in an interview.

Amid the sharp fall in the numbers, WazirX hinted at relocating its operations overseas, especially in Dubai.

However, it is not only WazirX that is reported to move out of India. The stringent tax rules have driven crypto talent to flock to friendlier regimes, with a few hoping things to improve soon.

Mutual Funds Weekly: These money and investing tips can be keys to success when stock and bond markets fail

Out With the Old, In With the New “Expanded” CIO/CTO Roles

Surviving the pandemic is only half the battle: ‘Long COVID’ could affect a billion in just a few years

Stanford Neuroscientist: How to Train Your Self Control So You Don’t Mess Up Your Life